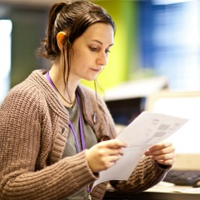 While growth in temporary appointments increased, the Bank of Scotland report indicated labour market conditions in the country remain challenging.

However, vacancy numbers continued to rise in July and signs the situation is worsening were attributed in part to the return of many previously inactive workers to the jobs market.

Chief economist at Bank of Scotland Donald MacRae observed: "Unfortunately we saw the first fall in the number of appointments to permanent jobs in ten months. However, temporary appointments rose for the 11th month in a row."

July marked the second consecutive period in which the bank's barometer pointed to deterioration in overall conditions and this was compared to KPMG and the Recruitment and Employment Confederation's figures for the UK as a whole, which have demonstrated an improvement in each month since November.

Last week, a report by KPMG and the Chartered Institute of Personnel and Development revealed employers are increasingly considering redundancies.