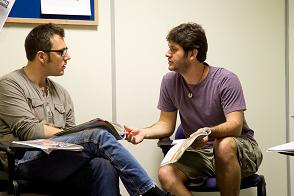 A short student visa for English language students in the UK has been a success in its first year and will benefit the EFL industry if it is allowed to continue, according to English UK.

English UK, the national association of accredited English language centres, has written to Immigration Minister Damian Green with evidence from member centres showing that the Extended Student Visitor Visa (ESVV) has had a very low refusal rate, a very high return home rate, and that more than 80 per cent of students using it reach the language level required for a points-based visa.

English UK chief executive Tony Millns stated in the letter: “The results are very positive and indicate, we believe, that not only should this visa be continued, but it should be made rather more permanent by being written into the Immigration Rules.”

The ESVV, which is only for English courses lasting 6-11 months and has no prior language requirement, was introduced as a ministerial concession in January 2011 and is currently under review by the UK Border Agency.

Mr Millns also suggested two ways in which the ESVV could be tightened up:  that all language schools recruiting students on this type of visa should have to pass Accreditation UK inspections (the rigorous scheme run by the British Council and English UK) and that data from e-Borders be used to give early warnings of any centres where students were over-staying.

The letter goes on to highlight the refusal rate among members for ESVV visas has been just under eight per cent, adding: "Given that the threshold refusal rate for retaining Highly Trusted Sponsor status is 20%, this is a creditable performance."