Find out about our Christmas party and how much we raised for Macmillan Cancer Support. 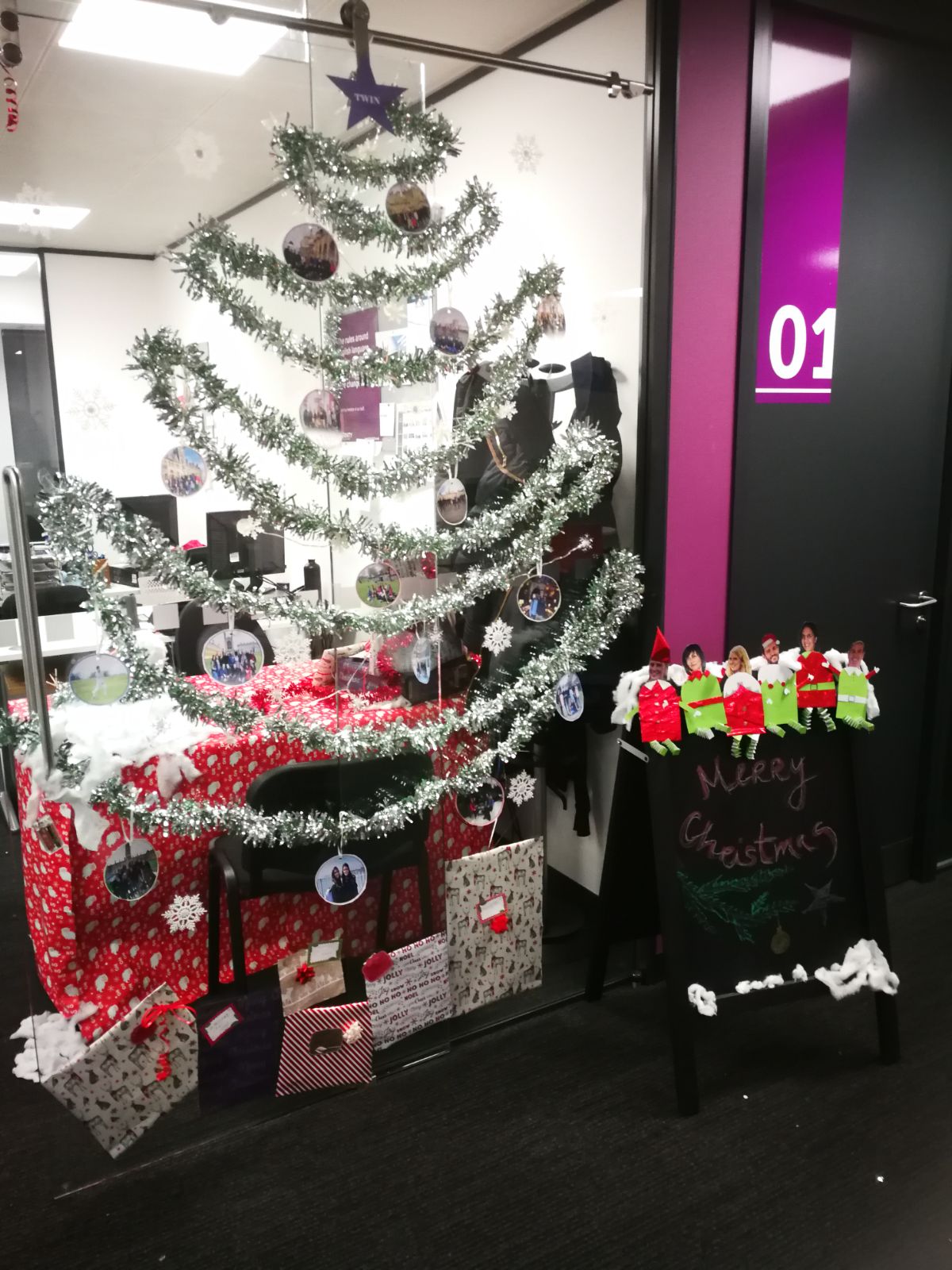 The countdown to Christmas begins, that's right; try to get away from shops playing Christmas songs, or restuarants promoting their Christmas dinner menus, and we bet you can't!

Twin embraced Christmas and here are the results!

You may have seen various posts on our social media accounts about our recent Christmas party; we celebrated Christmas early this year, on the 1st December.

There was laughter, food and drink, all things Christmassy, team building, spilt egg yolk, and even a ghetto Santa Claus. What else do you need for a successful Christmas party?

We had a lot of fun but most importantly managed to raise money for our chosen charity, Macmillan. The office was set two fundraising tasks, and those who took part were asked to donate £1 for each, the tasks were to dress up Christmassy and also to decorate our desks in a Christmassy style.

Joanne Sayer, our Operations and HR Director, was in charge of the day and said:

“The desk decorating competition was the biggest fund raiser and we are likely to do it again next year to allow people to get bigger and better!”

The day was also spent team building at Twin HQ, in our Greenwich office; our employees got the chance to work with colleagues that they might not get to work with. The team building exercise helped to raise Twin’s spirits and morale.

The team building task was to create a structure (only using what was provided in an envelope: string, paper, elastic bands, straws and pens) that would prevent an egg from breaking when it was dropped 10 feet. Out of the 8 eggs and teams that were competing, 6 of the eggs survived the fall which meant that 6 of the teams successfully protected their eggs!

In total, Twin raised £80.00 which is going to MacMillan Cancer Support. Next year we hope to beat this total and raise even more for charity.